For this week's Gutsy Cooks assignment the theme was "stuffed with rice." Our attempt to get gutsy this time was to not follow a recipe at all. One of the suggested recipes was stuffed tomatoes so we basically took a leap from there and ended up with Chorizo & Rice Stuffed Peppers with a Chipotle Crema. 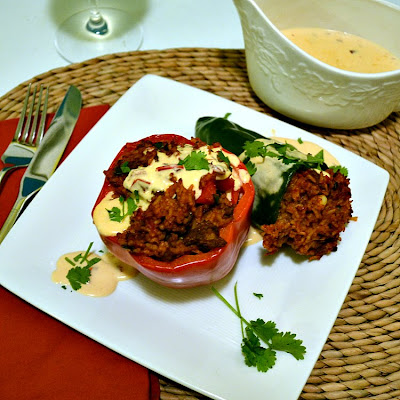 We love stuffed peppers. G makes a quinoa version that he loves. But for this recipe we decided to just go for some of our favorite flavors by stuffing them into a pepper with some rice.
We started with a beautifully colorful combination of both poblano & red peppers, (the truth is T just couldn't decide which one to go with so we went with both.) 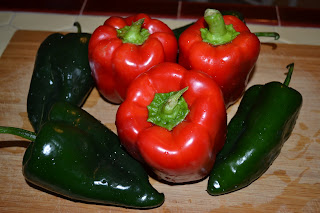 G blanched them first. We learned this trick significantly cuts down on the cooking time especially helpful as we made these on a Tuesday night.
T cooked up some of our favorite bulk chorizo (made by Metropolitan Market.) 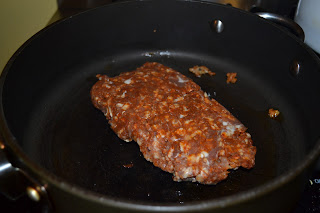 To the chorizo we added a serrano, 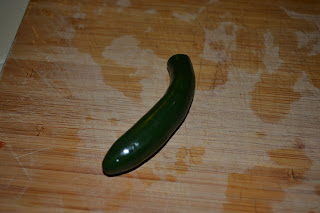 some minced garlic and the tops of peppers chopped as well. 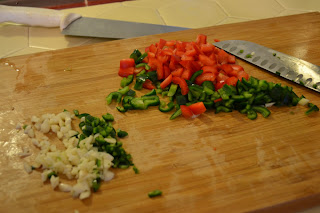 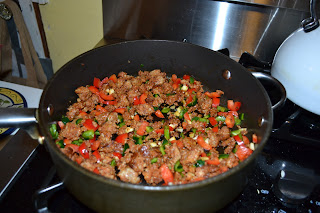 After the veggies softened up and started to marry with the chorizo flavors we added 2 cups of cooked white rice. Some tomato sauce & 1 finely chopped chipotle with a bit of the adobe sauce bring all the flavors together in an attempt to keep it from getting too dry. 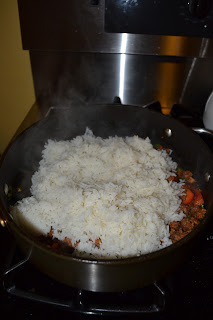 Finally it was time to stuff the peppers. Carefully we spooned the rice & chorizo stuffing into the peppers trying very hard to not tear them. 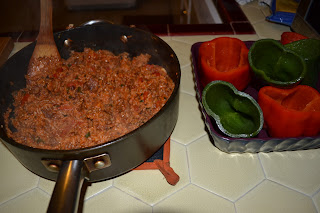 The stuffed peppers were baked for about 20 minutes in the oven.
While they baked T made a chipotle crema by mixing some heavy cream, Mexican crema and a finely chopped chipotle together with just a pinch of salt. 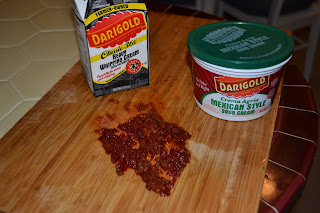 G opened a bottle of Stonecap Reisling (a second label made by Goose Ridge winery.)

These peppers were truly phenomenal if we do say ourselves. I mean the combination and layers of flavors were awesome. We think both Bobby & Rick would be proud as we fully recognize that what we've learned from both of these chefs inspired our personal recipe creation. 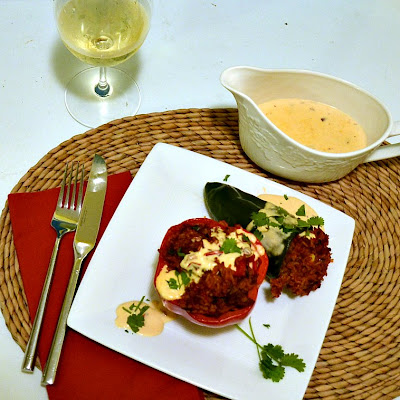 We absolutely encourage you to make these. But don't skip the crema it really is a fantastic addition. We can't imagine you'd be disappointed. 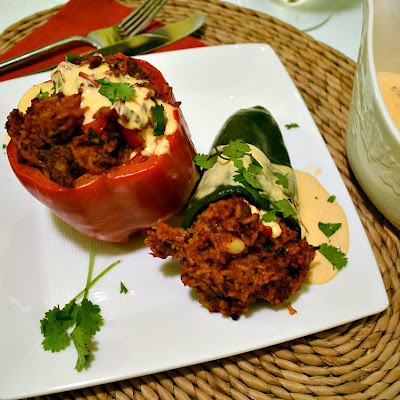