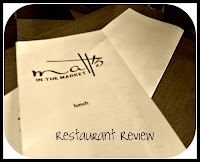 So we headed down to Olympia to the High School Stadium. How she's already 13 years old we have no idea? But we do know we're proud of her and love to support her anyway we can. So if it's sitting in the cold damp weather cheering her on, so be it. 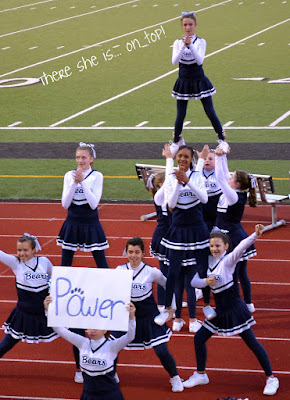 Luckily 8th grade football games go fast so being in the cold evening wasn't too unbearable. And it was great to support her and congratulate our nephew who had earlier in the day passed his "purple" belt test by breaking a board.
Afterward the adults decided to try a fairly new, but definitley new to us, downtown Olympia restaurant, Adesso.
Mike & Tracy had read about it in Showcase magazine. We all decided it sounded worth trying.
We walked into the busy, quaint little spot on Legion Way downtown and were immediately seated for a table of 5. Which was lucky on a Saturday night.
Drinks were ordered. Tracy & Mike both loved the lemondrop. There were quite a few tasty looking drinks on the cocktail menu but we both went for some Walter Dacon Skookum Red. (which we had enjoyed in July with Mike & Tracy on our patio after they visited Walter Dacon as well.) 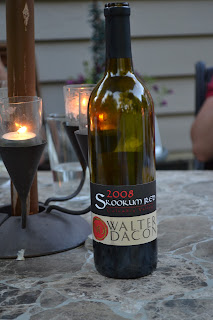 We ordered 2 appetizers to share at the table. The mussels in a white wine garlic sauce,

Both were well seasoned with good flavor but also on the verge of overcooked. Actually when the chef came and brought a second plate of calamari over we were sure it was because he must of known they were over cooked. But actually it was because he thought the original order was bit scarce of calamari. Which was an appreciated gesture.
Next came our entrees. T had the chicken marsala (which is pretty typical...if chicken marsala is on the menu it's pretty likely she'll end up ordering it.)

Not the best version ever. But it was very good. The chicken properly cooked, sauce was a nice consistency. T would of preferred more mushrooms, but that's her personal preference.  She loves mushrooms in marsala wine.
Mike had the Shrimp & Crab Risotto.

He thought it was good. Not outstanding but good.
T's Dad, Tracy & G all ordered the special Crab & Mushroom ravioli.

G thought the cheese ravioli was possibly not house made. The chantrelles were great with the crab and sauce. G was hoping the ravioli would actually have some mushroom inside as well. Ravioli Alla Fungi is his favorite dish and it's hard to compare anything next to his favorite version. But generally he liked it. And everyone else who had it did as well.
We also ordered tiramusu and a chocolate gelato for the table for dessert. But we didn't get photos of that evidently.
Overall we all enjoyed Adesso and will definitely return. Although we don't live in Olympia we do spend a lot of time down there with our family and often like to go out to eat. We'll probably try some new dishes to get a more well rounded idea of what they have to offer, what they make well and is their best.
But we must say the service was FANTASTIC. The server was top notch. Not in our face every minute but happy to make suggestions and ensure we had everything we needed. The owner even checked on our table a few times. Which showed attention to customer.
It was nice experience overall. And that's generally that's what keeps people coming back to a restaurant.
Posted by Unknown at 3:24 PM