Seafood on the Sea

We had the awesome pleasure to join our friends this weekend on their salmon seiner for the Blessing of the Fleet in Gig Harbor. 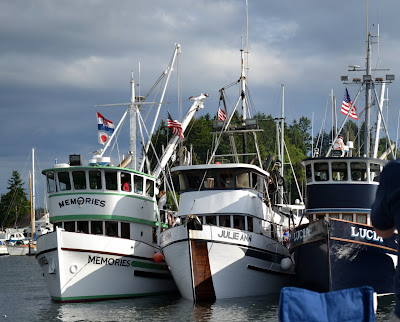 Robin works in our outside organization after school program and her husband John is a high school teacher/salmon fisherman. They've invited us out to this event the past few years and we've just never been able to make it work with our schedule but this time we made it work as to stop feeling so lame about never being available for this amazing event on top of really wanting to go. 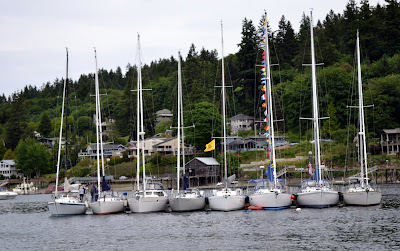 Gig Harbor was settled by a tight knit family of Croatian fishermen, if your name ends in "ich" and you live in "the Harbor" you're likely to come from a fishing family and you're likely to be related in some way to all the other "ich" families. A bit of a generalization but not totally off the mark according to our friends with the last name Malich. 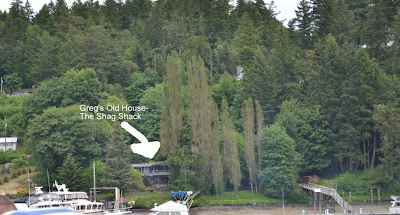 Gig Harbor is essentially where G & I fell in love. He was living in "the Harbor" with a good group of guys in the "shag shack" on the water. It was named the "shag shack" of course because of the 70's shag carpet....uh huh. We met at The Tides, an infamous Gig Harbor Tavern. G had worked there on & off over the years between working in Alaska on fishing boats collecting data for the National Marine Fisheries Service and me as a way to supplement the tiny teaching salary I was living off of as a beginning teacher at the time (Thank goodness Washington teaching salaries have improved since then.) But that's all a whole other post. But it was somewhat nostalgic to be tied up on the boats directly across from the "shag shack" for the afternoon.
We showed up to the dock with our good friends along that we knew would enjoy this experience as much as we did around noon. It wasn't perfect boating weather, but then again we weren't exactly boating. We were immediately greeted onto the boat by Robin & John our gracious hosts. 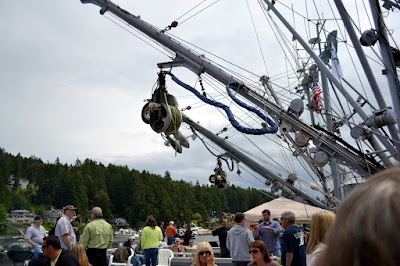 It was clear this was not a pleasure boat, think Deadliest Catch but for salmon kind of quarters.Shortly after all of Robin & John's guests came aboard a loud gun shot went off and the salmon boats (8-10ish of them) in all their monsterous glory headed out to the middle of the small harbor and rafted together. One of the boats even had a live band on board. This was serious celebrating here. 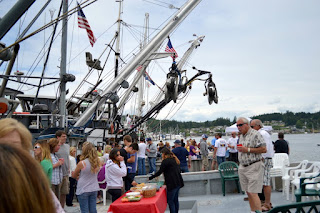 Once all situated the food & fun began. Each boat had their own spread of tasty foods. Of course I'm pretty sure the one we were on had the largest selection of goodies to start with. 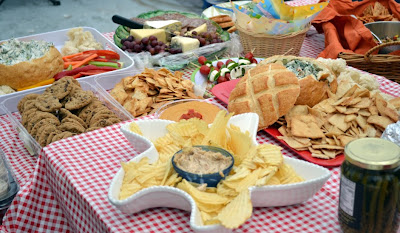 We all noshed on appetizers while clams and oysters were prepared for the group.Nothing fancy just tasty treats that could be easily brought aboard that could stand up to a long afternoon on the water. 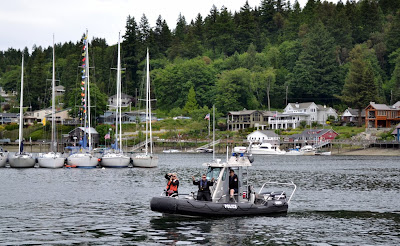 It was crazy good people watching. And the Harbor police thought so too evidently. 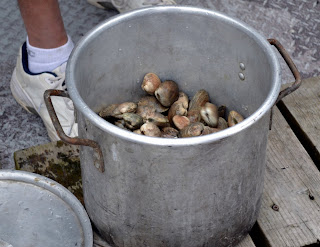 After a bit John got started on the clams that Robin had dug in front their home the day before. 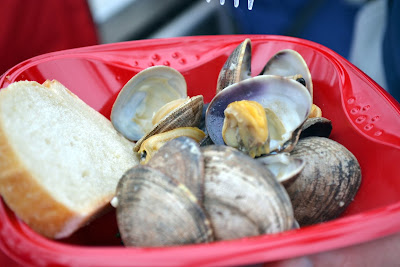 We are talking fresh clams. The freshest of clams cooked in wine and butter. Really there is nothing better for a native Northwestern seafood fan.
Next up Jim jumped in to help with the grilling of the oysters that Robin had grown on their own beach. They were sweet and briny and perfect. 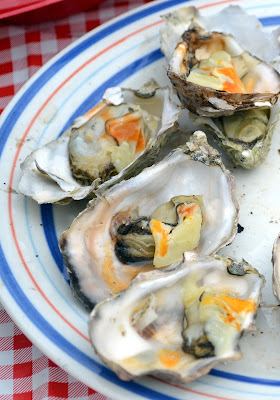 They were lightly grilled with a slice of pepper jack cheese and a slight sprinkle of Tabasco and they were perfect. My mouth is watering just remembering back to them as I'm writing this post.
After indulging in so much food and drink the blessing time was finally here. The priest came in his motorboat with bells ringing, 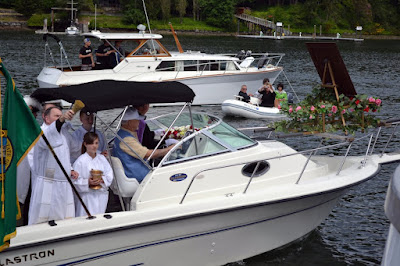 doing his blessing of the fishing boats; 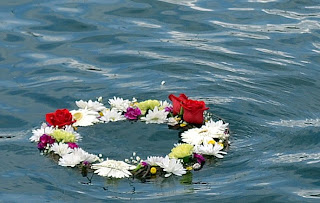 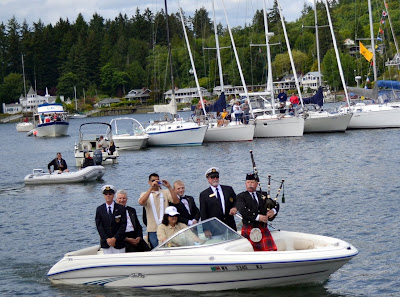 Followed by some entourage of festivity. 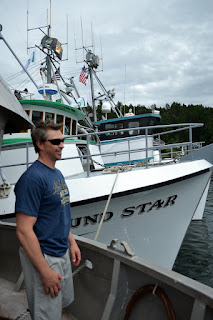 It was a great afternoon of food, fun and Northwest tradition and good people.
Posted by Unknown at 5:30 AM