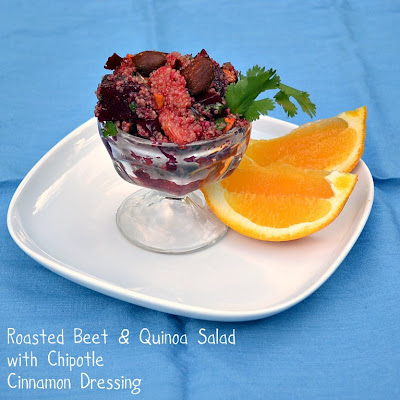 Several years ago G was on a quinoa kick. He made these amazing quinoa and chirozo stuffed peppers that we were eating pretty regularly for awhile. Then we sort of moved away from  using it, using cous cous in it's place I guess.Not a purposeful switch just kind of happened.

But quinoa is back on our radar again. And we're glad it's such a great whole-grain (for when we are eating grains) ready in 15-20 minutes and gluten-free ...what's not to like? 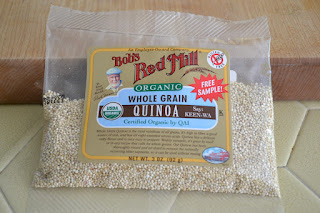 I happened to have a package of Red Mill quinoa that we wanted to use and we went from there to create this wonderful salad. 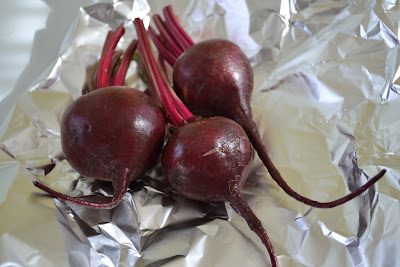 We found these lovely red beets at the farmer's market we thought beets and quinoa together needed to happen. We had an orange that needed to be eaten so we added that as well for the citrus component. 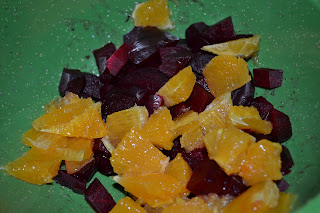 Our next thought was the dressing. Of course we immediately thought of making some sort of chipotle dressing. 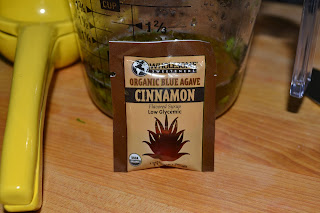 And then I remembered one of the samples I picked up at the Blogher conference from Wholsome Sweetners included a packet of Organic  Blue Agave Cinnamon flavored that I thought could balance out the chipotle heat. 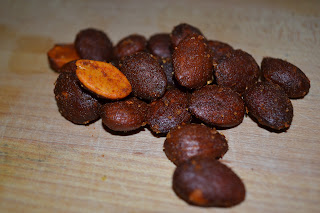 We threw in some chopped cilantro and some chipotle glazed almonds that we had on hand as well for some added crunch. 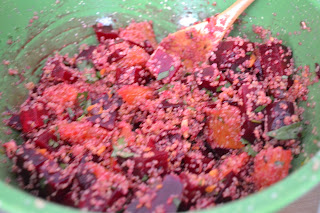 We loved this salad. 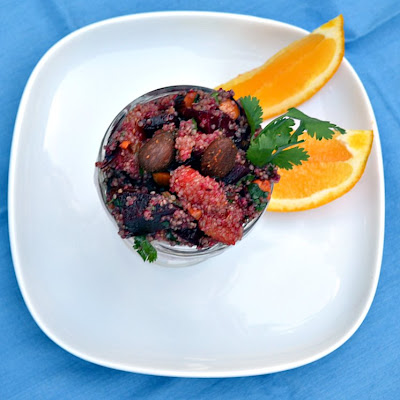 The complexity of flavors really balanced each other perfectly. And quinoa is the perfect blank canvas to take on flavors like these well. 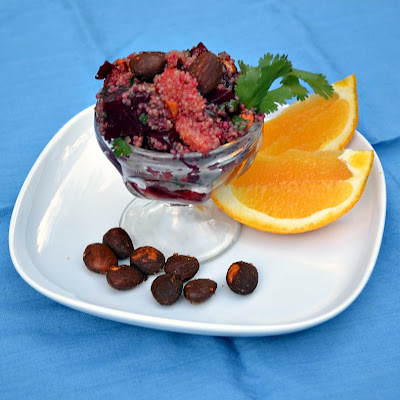 We had it for the lunch the next day and will be making this one over and over again. 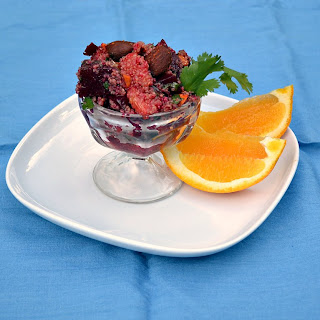