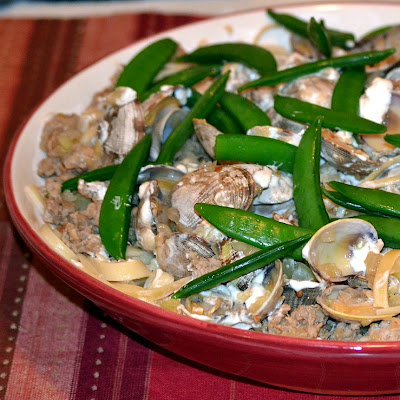 It's probably not a huge surprise that we are both HUGE Top Chef fans. We've watched every season, devoted followers are we.
We especially loved season 4 when the only women to date to win the title was Stephanie Izard a Chicago chef. When a Chicago chef does well we always add their restaurant to our  "must visit next time we are in Chicago" list. And Stephanie Izard's Girl & The Goat has been on our list since 2010. We can't wait to eat there. 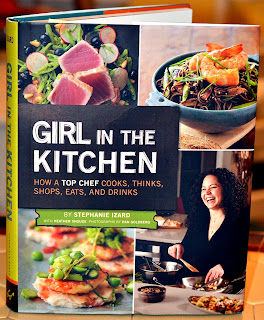 So when G's sister Jen, a Chicago local, sent us the new Girl in the Kitchen cookbook signed personally to us from Stephanie Izard we were pretty excited and appreciative of her thoughtfulness.

We actually ran into Stephanie Izard at the 2010 Taste of Washington Wine Event. We introduced ourselves and made some embarrassing comment about being big fans in a star struck kind of way. We both had tasted A LOT of Washington wine that day and probably shouldn't of been introducing ourselves to anyone...but I'm pretty sure she'd never remember us so we are likely safe from further embarrassment.
Jen knows we are serious Top Chef fans and foodies of course. I think there lots of text messages and phone calls back and forth while season 4 was going on thinking back to it now. The cookbook has great recipes full of beautiful photographs and fresh flavors. We love how much she uses asparagus in her dishes.
G decided the first dish he wanted to make from the cookbook was Manila Clam and Sausage Linguine with Horseradish Creme Fraiche (recipe available on her website linked: here.) Sadly we don't have great photos of this one. G was busy prepping and cooking, T was busy entertaining and providing electricity for our family that had been without power for almost 2 days. Which also made for a great excuse to finally make this dish but we've found getting good photos with guests is almost impossible in our very light deprived home. So definitely go check out the recipe on line because Stephanie has a beautiful of the dish on her site and our photos aren't doing the dish the justice it deserves.
This was a great dish. We eat a lot of clams and mussels around here but mostly made either Thai style or with chorizo. Rarely do we do linguine with clams but we both like the dish, just never make it. 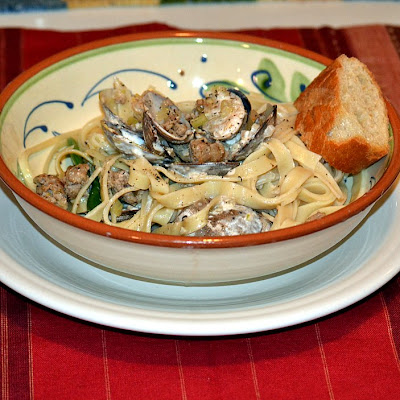 The flavors of the fennel, sambal paste paired with the horseradish sauce was pretty spectacular. We used some frozen homemade fettuccine we had in place the linguine which was great as well.
If you are a linguine and clam sauce kind of person you should definitely go download the recipe and give it a try. It's a good one. 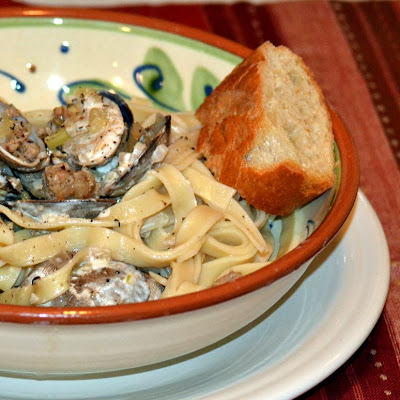 Thanks to Jen we can just open the cookbook. We look forward to making our next recipe from this treasure soon.
Recipe Link﻿
Posted by Unknown at 5:20 PM

Email ThisBlogThis!Share to TwitterShare to FacebookShare to Pinterest
Labels: recipe