This week's Gutsy Cooks Club recipe choices all had one thing in common; they'd make great Super Bowl snacks. We chose to make the Bourbon Onion Dip from the Cooking Channel. 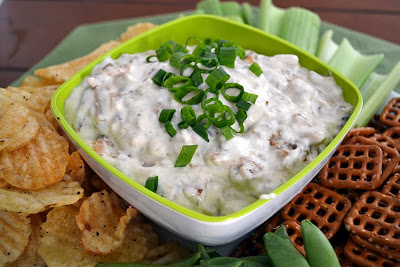 Although to be honest the Super Bowl was not high on our priority list this year. For G, if the Bears aren't playing he's not as interested these days. For me all I care about are the commercials and who the half time act might be. Can't believe my high school idol Madonna was the big act this year. Wow does that mean I'm still young? Sadly no but she sure looks great maybe better than she did when I would play Lucky Star over and over again. 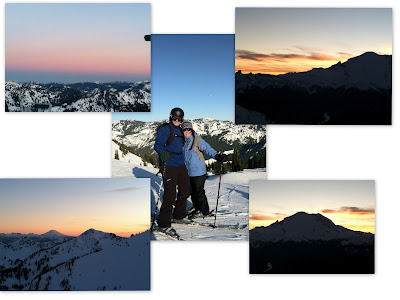 It was an outstanding weekend in the Pacific Northwest, blue skies, high fifties... really a treat for February. And with skies like these skiing had to be a priority.We stayed up at the mountain with G's buddy Frost on Saturday which allowed us to take in a breathtaking view of the sunset while enjoy apre's ski at the top of the mountain. I enjoyed a great day Saturday skiing with lots of friends throughout the day. Sunday G stayed on to ski and I headed home to get some work done. Which allowed me to prepare this onion dip for G to enjoy when he did return home.
I started with 2 sliced onions...

until they become lovely and caramelized with some bourbon.
I was excited because this recipe called for G's favorite bourbon, Maker's Mark. But it's so much his favorite he evidently finished up last weekend. So I had to use the Jim Beam instead. His second favorite.

Next I spread them out to cool in the fridge.

I put the ricotta, Greek yogurt and 1 Tablespoon bourbon in the food processor until smooth.

I folded in the sour cream and added the chopped onions with a pinch of sugar, a few drops of lemon juice and salt & pepper.

I have to say the result was so much better than that stuff you buy in the carton at the grocery store that I've never liked. The flavor of the rich caramelized onion stands out with a hint of bourbon in the background. Oh so good. 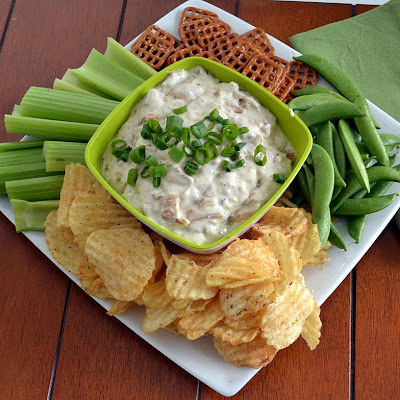