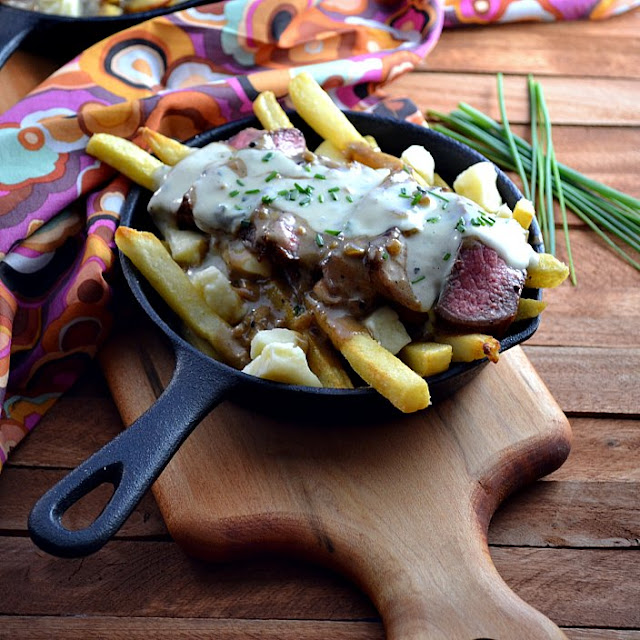 Oh boy, have we found a new guilty pleasure. Yeah, it's kind of scary to us just how much we love this  dish. It's far from Paleo but since our realistic goal is only 80% of our meals we justify this in the 20% non-paleo category. And it was to celebrate G's 43rd birthday so we had to indulge, right?

The first time we had poutine was while visiting Vancouver B.C. a couple of summers ago. Evidently poutine is kind of like the national unhealthy dish of Canada or something. You don't see it on a lot of menus around Seattle or Tacoma but in the few places we have found it we have ordered it. Basically it's fries covered in in cheese curds and gravy. Mmmmmmmm so good.

We were inspired by a version we recently had at Marrow restaurant that was topped with Hanger steak. We took a liberty with our at home version and added a Gorgonzola sauce too. 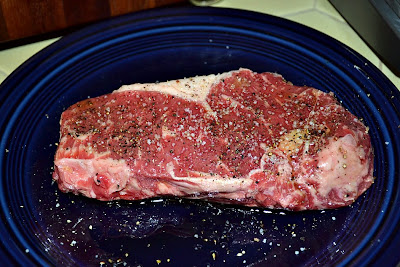 They were pretty simple to make at home. We started with a well seasoned New York steak that we seared first in a cast iron skillet on top of the stove and then cooked until medium rare in the oven. 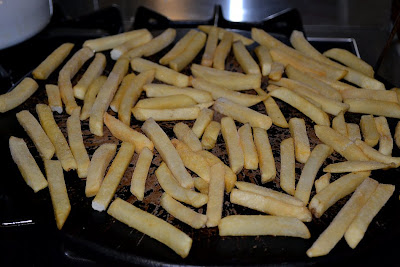 We then baked our frozen fries while we let our steak rest. Of course homemade fries would be even better but we cheated on that step for our first time. And to be honest they were fantastic so not sure if we'll make from scratch next time either. 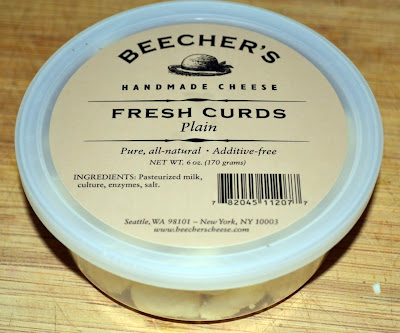 We then topped the hot fries with our local Beecher's fresh cheese curds. 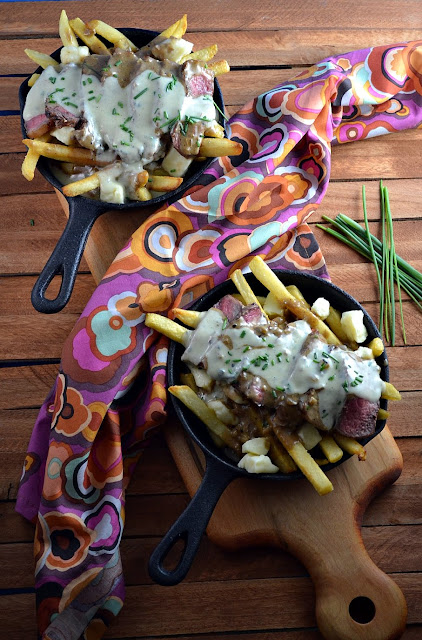 Then we sliced the steak over the fries and cheese curds, poured G's homemade gravy  over the steak and lastly topped it all off with the Gorgonzola sauce.

Forget Chili Cheese Fries the Canadians know how to top fries with the good stuff. If you haven't had poutine yet give it a try. Then go for a run or even better walk your Bully like we did. 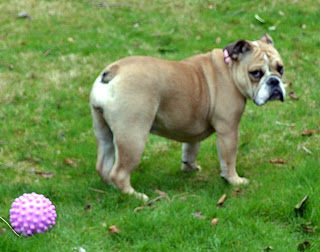 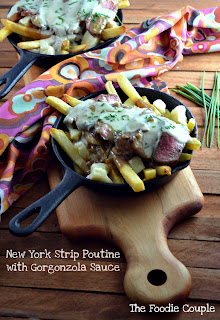