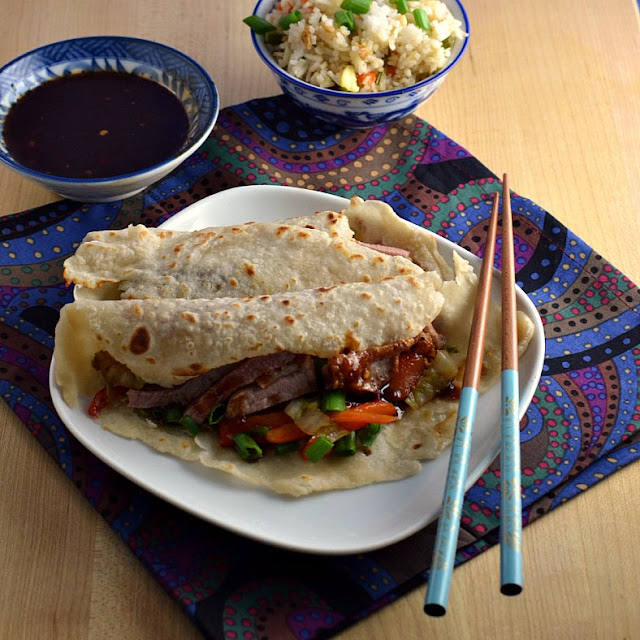 Do you have those favorite take out dishes that you always order again and again instead of trying something new? We do. And when we are ordering in Chinese food Mu Shu Pork is one of them. G loves the stuff.

We had a few duck breasts in the freezer that we wanted to use in a more creative way than just pan searing them. And while having a mu shu pork craving I remembered the duck breast in the freezer and started thinking about how good the duck would be with some hoisen sauce. Low and behold Mu Shu Pork was what was for dinner. 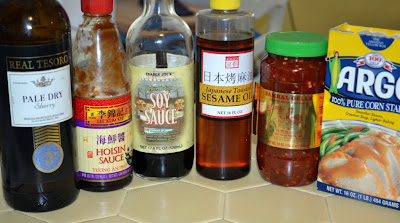 Like many Asian style recipes this requires more than a few ingredients and some prep time for it to go well. The pancakes come together pretty quickly, and the rolling them together and cooking them on top of each really did help it go even faster, once I figured out what they recipe were talking about. This is the kind of meal G immediately starts taking over dishwashing duties as the kitchen becomes a chaotic mess quick when I'm cooking with this many components. 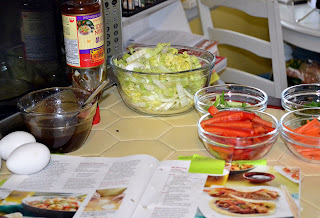 We just salt & peppered the duck breast and seared them off in a cast iron skillet before finishing them in the oven and they were juicy and delectable.
We served our Mu Shu Duck with a pinot gris from one of our favorite Oregon wineries Adelsheim. It paired perfectly

Make sure to put the yummy hoisen sauce on the pancake generously and even spoon a bit on top of the veggies and duck before you roll it up and eat it. They are definitely a little more messy to eat than a burrito because the pancakes are so thin and the sauce is drippy good but the mess far less outweighs the happiness your mouth will experience. I predict we'll be making mu shu duck in the future and maybe even ordering less mu shu pork. 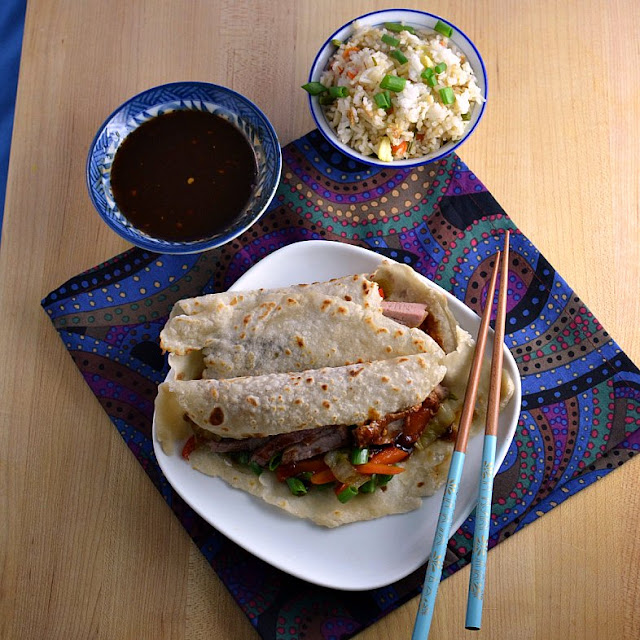