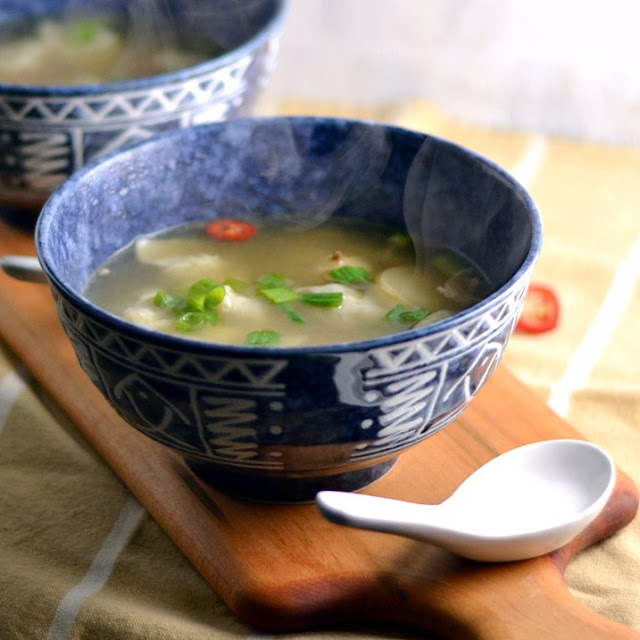 Won ton soup is one of those things you can typically count on being pretty good or at least not horrible at most Chinese restaurants. I mean really it's hard to mess up some chicken broth with some floating pot sticker dumplings floating around. And sadly at most restaurants that's all that is in the soup.

But I've had a few really good versions of won ton soup with great flavor. That's what I was craving after having a sore throat and stuffy nose for over a week. A good,flavor packed won ton soup with some substance and layers of flavor that would also be simple to make given I wasn't really feeling like cooking in the first place. 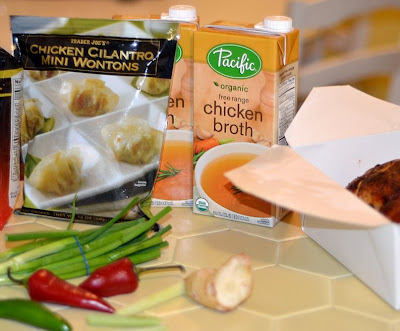 We happened to have some mini chicken cilantro won tons in  that we had picked up at Trader Joe's in the freezer. I decided I wanted to give the soup a bit more protein with add some shredded chicken. As well as some layers of extra flavor by adding ginger, lemongrass, Serrano chile's and scallions. 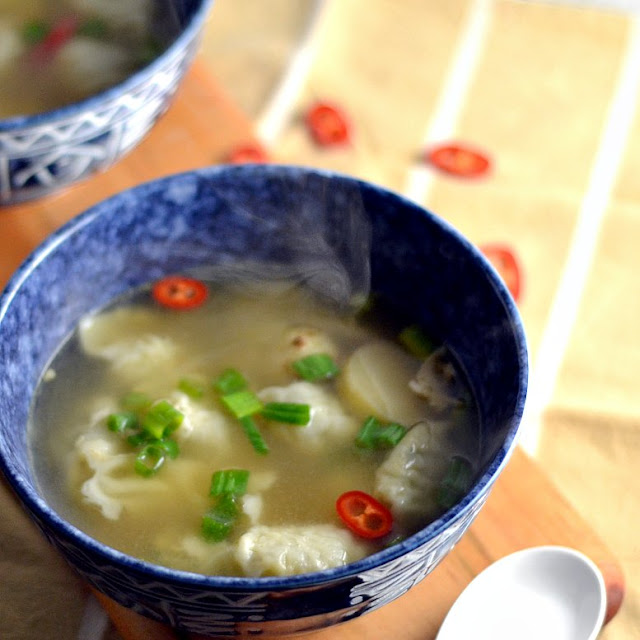 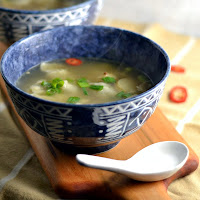 Saute ginger, lemon grass and chiles in canola oil in a large dutch oven until fragrant. Add chicken broth and bring  to a boil add potstickers to the broth, bring back to boil. Lower heat and simmer 8-10 minutes. Add shredded chicken to soup and season with salt. Serve soup in large bowls add scallions as a garnish.
Posted by Unknown at 10:43 PM