I'm pretty sure Saturday, July 16th will be a day that makes us both smile when we remember back to it. Not only did I finally (after like 26 rejections) get a photo
posted on Tastespotting and 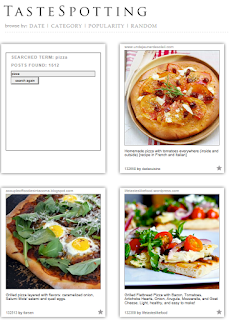 a second one on FoodGawker
( a personal photography challenge I gave myself after purchasing and reading Helene Dujardin's book Plate to Pixel. And a big challenge at that since I truly know nothing about photography but am having fun learning.) 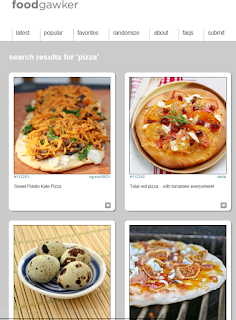 but we also amazingly 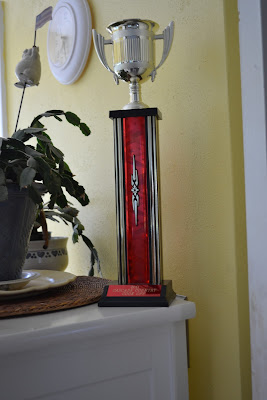 We really couldn't believe we won this last minute, random decision competition that we entered. Who would of thought? But we did, we won with our Roasted Garlic Jalapeno Burger with Avocado Mayo.
The funny story is we almost didn't end up going down to Chehalis for the contest. We woke up to a gray, rainy, windy day on Saturday, July 16th. (Another.. who would of thought?)

We also both had a bit of "sting" left over from the wine consumed while testing the final trial burger with our guests the night before. We slept in past the alarm and truly thought out loud for a very brief moment, "What if we don't go, we are only really out the $20 entry fee?" But then our smarter brains kicked into gear and we said, "No, we are doing this! Let's go buy a canopy tarp and get this show on the road." And we that's what we did.
We arrived and got checked in. 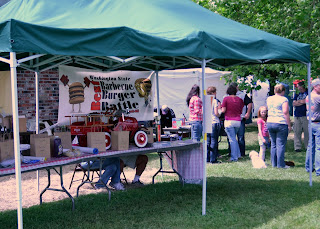 We brought down all of our items, including the molcajete from Mexico, the charcoal grill and set up our makeshift kitchen with new canopy tarp at the Cascade Country Cook-Off in Chehalis. 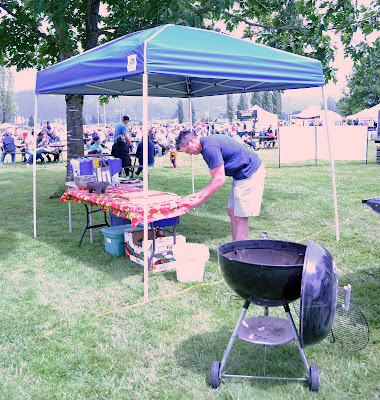 We arrived and were set up to go around 1:00 and the cook-off didn't start until 2:00 so we had some time to check out this unfamiliar event before getting started. We walked around and took in 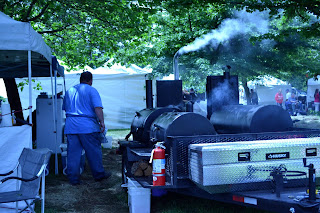 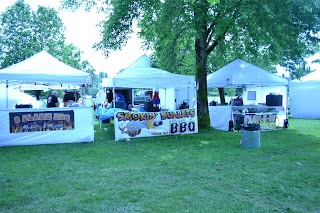 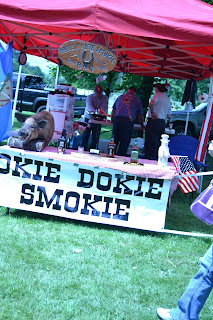 boy our little set up was nothing compared these teams. 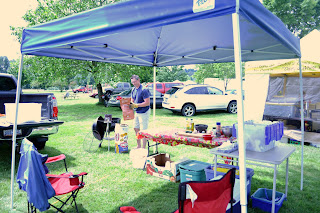 Wow!
But from the get go we said this was just something we wanted to give a shot, we had no intention, or expectation that we'd ever really win.
My sister's family came down to cheer us on. And we're glad they did otherwise we might of thought it was all a dream. We needed witnesses.
So after getting all settled and getting our environment barrings we were ready to get started. I had all the ingredients set, a plan for prepping, 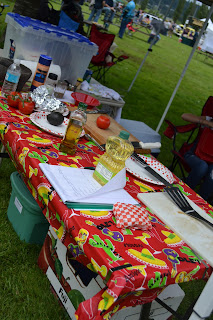 G had the grill primed to go and we were cooking. 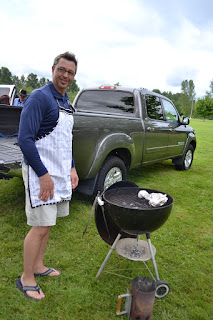 Our prep and cooking in the makeshift kitchen went pretty smoothly overall. 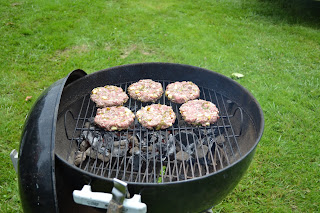 All of those practices really did help.
Our burgers were ready and we presented them to the judges.
﻿﻿It was surreal we had no idea of the etiquette for any of this so we just kind of put our burgers on the 6 plates and took them over. (The rules stated you needed to prepare 6 burgers to present but there were only 5 judges? So we weren't quite sure what to do with the leftover...lucky break for our cheering squad.)
We served the judges our burgers around 3:00ish and then we had some time before the winner would be announced. We had some professional BBQ and a beer in the beer garden.
Finally it was time. We actually overheard one of the judges talking to another contestant telling him he that he really liked his burger best. And then he came over to us and said ours tasted great but was just too spicy for him to eat. We thought..bummer....they were too spicy for the judges.. we didn't win.
Then Judy, a very sweet and helpful gal.. the coordinator of the event,  went up to the stage and that's when we found out more of the details. 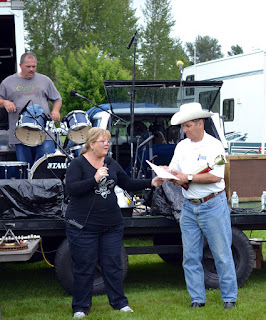 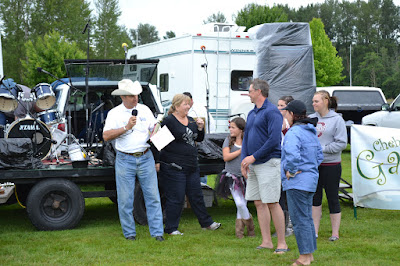 "WOW...Amazing." They announced our burger and our names 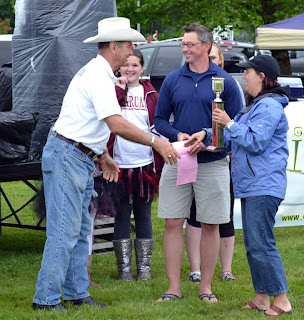 and gave us a trophy and the prize money; 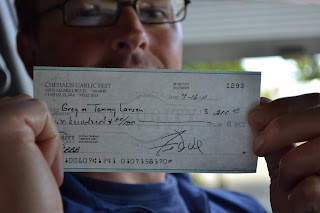 We drove home laughing, in shock, really amazed that we had won this thing.
It was a great day. We had a good time and we never expected to win. Between the tarp we had to buy to stay dry and the celebration "bubbles" 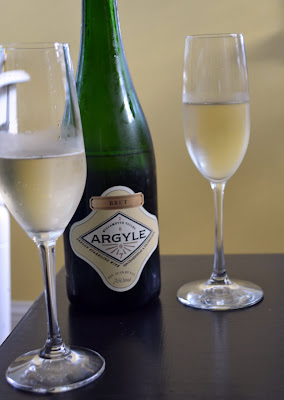 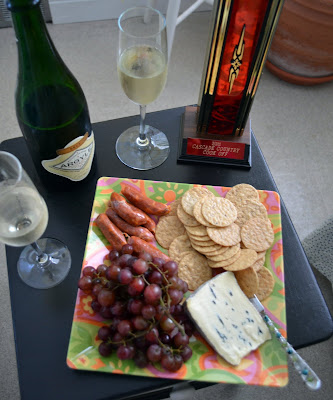 that shows we won the Cascade Cook-Off. But mostly the story and smile it brings when instead of calling out "Hey, Honey" we now call out to each other "Hey, Burger Champ."
We came home on a cook-off high, all excited about how we were finally going to actually follow through with entering the Build A Better Burger contest now. But spending hours going through all the fine print...we just saw that it says you cannot enter any recipe that has won another contest. We are so bummed. We've definitely learned a lesson about reading all of the contest rules before getting your hopes up to enter I suppose.
﻿
Posted by Unknown at 12:21 PM