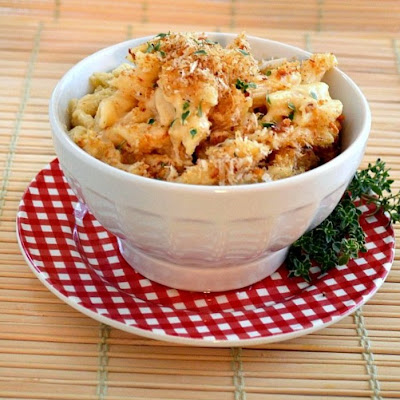 As these long summer days are slowly getting shorter nothing sounds more appealing for a Sunday dinner than homemade macaroni & cheese. 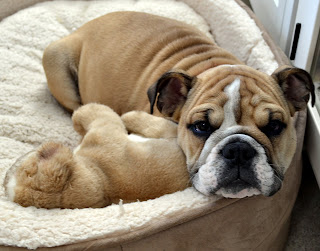 Well, except maybe cuddling our worlds cutest puppy of course. But that's got to be the most appealing thing in the whole wide world.

Okay back to the food. G is a HUGE mac & cheese fanatic. Not only the homemade version but basically any version. He's quite well known for eating a whole box of it when he's watching football or finishing up whatever our niece & nephew can't finish even when he's already finished his adult dinner. 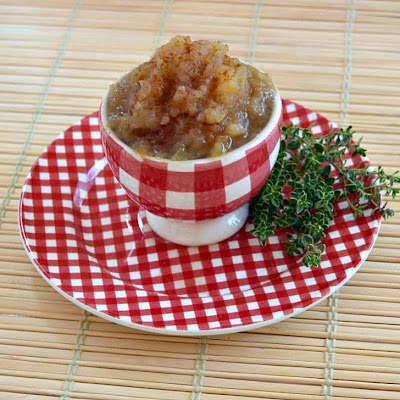 But truly the homemade version is what it's all about. And while I was growing up if we were having mac & cheese for dinner that most often meant we were also having pork chops & applesauce with it. Although as a kid I can only remember having the boxed version of mac & cheese mixed with applesauce and pork chops it was a favorite family dinner.

So G got to work making the mac & cheese and I started on the homemade applesauce. Homemade applesauce is so comforting and perfect and really so simple to put together. When I do finally get around to making it I also question why I don't make it more often. 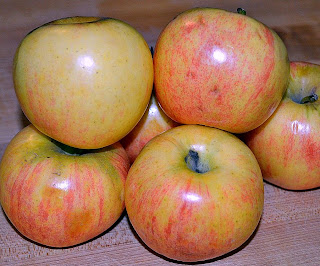 First you start with some good sweet apples, they don't even have to the pretty, perfectly shaped ones. Once peeled and sliced it doesn't matter how pretty they were on the outside. 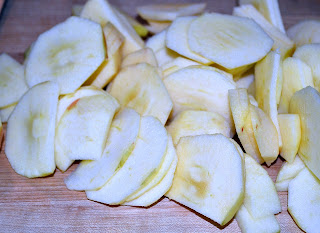 Throw them in a dutch oven with some apple cider, a bit of brown sugar, vanilla, nutmeg & cinnamon. 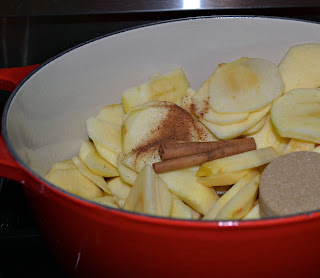 After awhile your entire house will smell like love and applesauce will be in your pot. 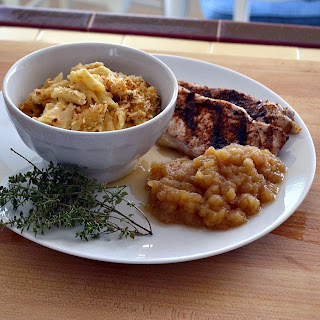 And if you have never tried a bite of mac & cheese with a touch of applesauce on top you are really missing something special.

It was our first fallish meal of 2012 and it was simple, sweet and perfect for a quite Sunday family supper after a day spent together with our pup.

Heat the oven to 400°F and put a large pot of well-salted water on to boil over high heat.
Meanwhile, in a 5- to 6-quart Dutch oven or other heavy-duty pot, melt the butter over medium heat. Add the onion and 1/2 tsp. salt and cook, stirring occasionally with a wooden spoon, until softened, 4 to 5 minutes. Add the flour and cook, stirring, until slightly darker, 1 to 2 minutes. Stir in the mustard.

Switch to a whisk and gradually add the milk, whisking constantly. To avoid lumps, go slowly at first, whisking until the mixture is smooth before adding more milk. Once about half the milk is in and the mixture still isn’t very thick, you can add the rest more quickly.

When all the milk is in, switch back to the spoon and stir in the thyme sprig, bay leaf, and 1/2 tsp. salt. Let come to a bare simmer, and cook, stirring frequently, for 15 minutes to meld the flavors .

Discard the thyme sprig and bay leaf. Add the Cheddar and Gruyere/Swiss cheeses, stirring until melted, and then add the Worcestershire and hot sauce. Season to taste with salt and pepper. Keep warm, stirring occasionally.

Cook the pasta in the boiling water until al dente. Pour into a colander and shake it a few times to drain really well. Add the pasta to the cheese sauce, and stir until well combined. Generously season to taste with salt and pepper. Lightly oil a 9x13-inch baking dish and spread the pasta in the dish.

In a medium bowl, toss the breadcrumbs, Parmigiano, olive oil, chopped thyme, 1/2 tsp. salt, and 1/4 tsp. pepper. Scatter the panko evenly over the pasta.
Bake in the center of the oven until the panko topping is golden, about 15 minutes. Let rest for 5 to 10 minutes before serving.

Add apples, apple cider, lemon juice, sugar, cinnamon sticks and a dash of nutmeg to a large saucepan. Bring to a boil, cover with a lid and reduce to a simmer. Let cook for 15 minutes or until apples are tender. Remove cinnamon sticks and discard.
Mash with a potato masher, and stir in the 1/4 teaspoon ground cinnamon and dash of nutmeg. Transfer to a serving dish and serve warm.