This month for our May Supper Club hosted by Derek & Lisa the theme was Kabobs. It was a brilliant idea. Any time we have a hands on theme we always have a great time.

We were assigned appetizers. We made two options. 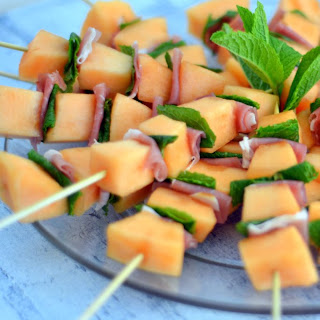 A twist on one of our favorite summer salad choices, melon, mint and prosciutto on a kabob. Fresh, sweet and salty altogether.

And our second offering was another favorite summer salad of ours, the classic caprese. 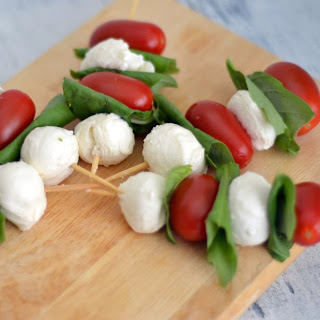 Fresh mozzarella, small heirloom tomatoes and basil on a stick. 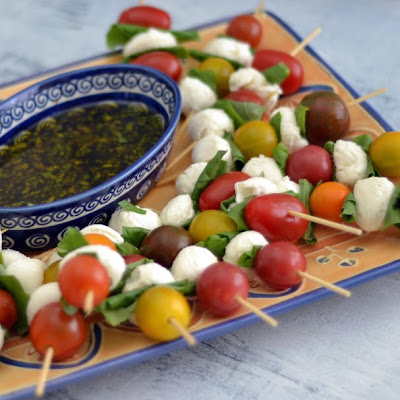 Served with a balsamic and olive oil dipping sauce. Both were simple to make just laborous in the time it takes to get them all on the stick.

Lisa & Derek had made a variety of marinades for the protein options. Two different chicken choices one more citrus flavored and the other more Asian inspired. 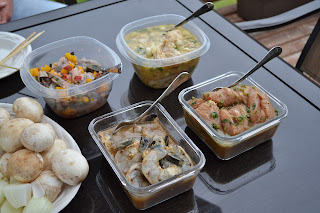 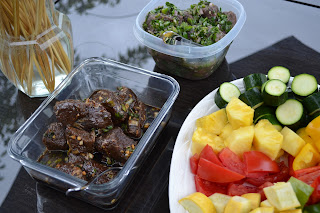 And two beef; one Korean bbq style the other a chimchurri flavor.
They had some beautiful veggies and fruit to skewer them with as well. Truly they had thought of everything. 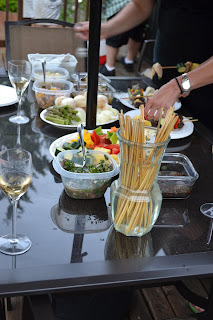 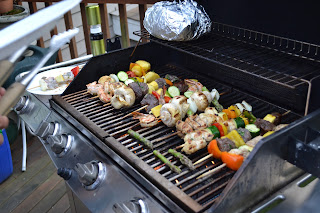 While the creative kabobs grilled we gabbed and caught up with each other. 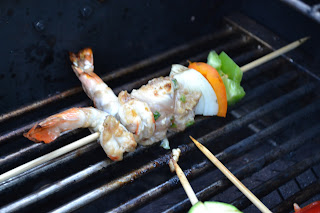 We had fun critiquing each other's creations. This shrimp & chicken kabob got a bit of razzing for not alternating the veggies and the meat. 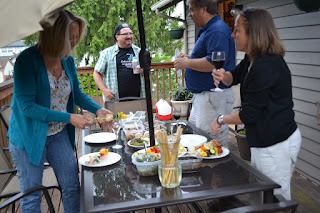 Hey we didn't have rules. 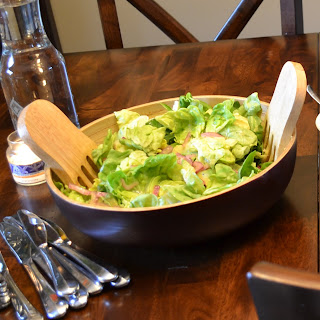 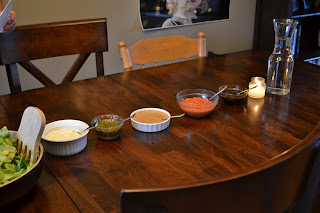 Additionally Lisa made some savory dipping sauces to enhance our kabobs. I tried them all and they were fantastic. 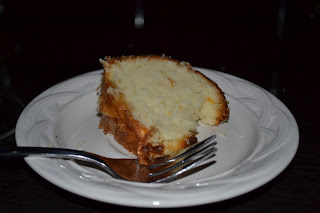 After stuffing ourselves thoroughly it was time for dessert. A moist and dense bundt cakes. I couldn't resist this. And it was worth the dessert splurge.

It was a great night spent on the deck enjoying some tasty food and great people. 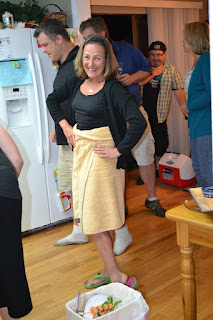 As always there is laughter and fun along with the food. Earlier in the night Jenni's plate split evenly in half and her dinner ended up directly in her lap. She's such a supper club pro that sporting a towel most of the night didn't phase her a bit.﻿
Posted by Unknown at 7:29 PM