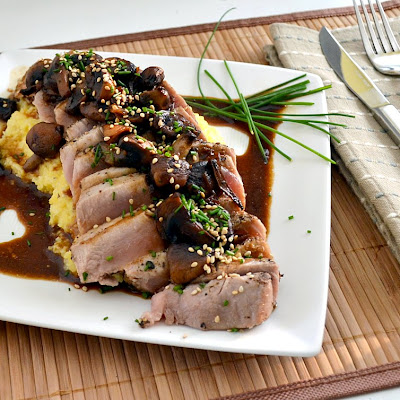 One of the greatest surprises of 2012 in the Pacific Northwest has been the most beautiful Indian Summers that I can remember. Warm temperatures and clear, crisp blue skies. It's been an absolute dream kind of season.

We love yellowfin tuna on the grill in weather like this, it's one favorite we both truly crave. But although it's warm and blue skies outside it's still fall and we are also starting to get a hankering for some fall flavors too. We were looking for a new way to prepare it and this recipe started off inspired by a Epicurious recipe that we jazzed up a bit.

It started with a lovely piece of tuna. Awe...there's nothing so lovely as yellowfin tuna. 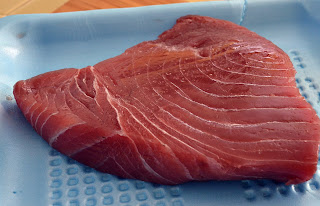 The tuna is simply brushed with a light coating of olive oil and some salt & pepper. 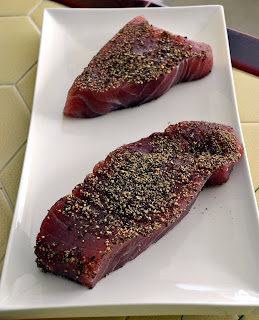 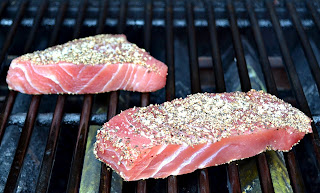 Then grilled until slightly seared and cooked medium rare. 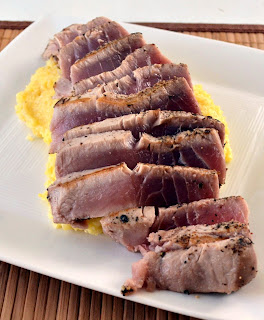 Sliced and then placed over polenta was a new base for tuna for us. 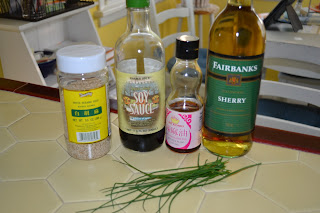 Some great Asian base favors provided a tasty sauce. Additionally we added some mushrooms to add a bit more depth to the sauce. 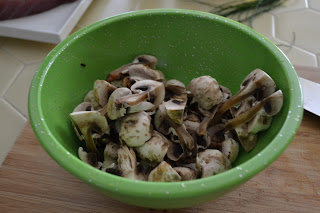 We sautéed some mushrooms them and added them to the sauce. 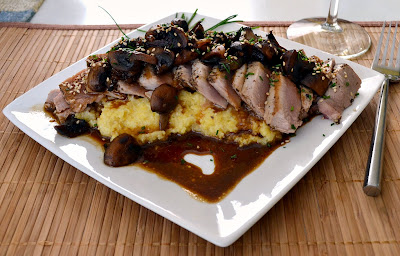 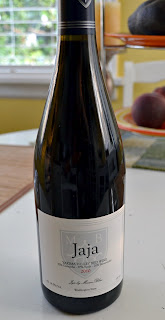 We served it with a special bottle of Grenache blend by Maison Bleue out of Prosser, Washington that was a great pairing with the tuna. 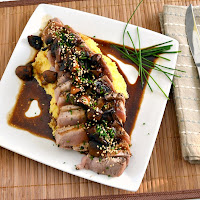 Press 1/2 teaspoon cracked pepper onto each side of each tuna steak and sprinkle lightly with salt. Heat oil in heavy medium skillet over medium-high heat. Add tuna to skillet and sear until cooked to desired doneness, about 3 1/2 minutes per side for medium. Transfer tuna to plates; tent with foil to keep warm.

Add butter and shallots to same skillet. Sauté over medium heat until shallots soften, add mushrooms about 3 minutes. Remove skillet from heat. Add sesame oil, soy sauce and broth, then sherry. Place skillet over high heat and boil until sauce is reduced to 1/3 cup, about 8 minutes. Season with salt and remaining 1/4 teaspoon pepper.

Slice tuna and place over prepared polenta.Spoon sauce over tuna. Sprinkle with toasted sesame seeds and chopped chives.
Posted by Unknown at 5:00 AM